If you are an enthusiastic traveller wanting to truly gain deep insights into local history and Buddhism and how it is linked with Sri Lankan culture, these cultural tours are the perfect choice. Explore the most renowned sacred cities of Anuradhapura, Polonnaruwa, Dambulla, Yapahuwa & Kandy with us and take Buddhist teachings with you……You’ll be on the path to enlightenment!!!

The package is designed for 07 nights/08 days. As we always cater to our valuable clients, simply request a custom tour to meet your needs. Our schedule is your schedule! 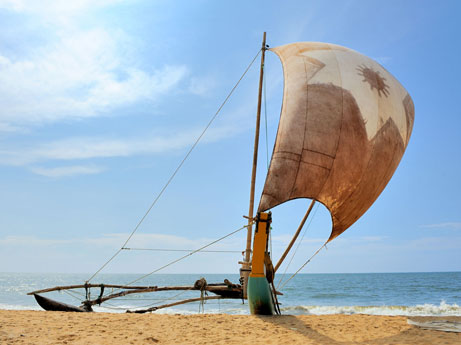 After your arrival, an VERAV representative welcomes you at the airport where you proceed to Negombo. Relax after checking in to the hotel.

Negombo
An evening visit to Negombo city shows you different historical places such as Angurukaramulla Temple, Dutch Canal, and some old churches such as St. Mary’s Church. You are welcome to go for a boat ride along the Dutch Canal or visit the fish market to experience the livelihood of a traditional fishing community in Sri Lanka.

Overnight stay at a beach hotel in Negombo.

DAY 2
NEGOMBO / ANURADHAPURA
After breakfast at the hotel, we proceed to Anuradhapura.

Anuradhapura
Anuradhapura is one of main ancient kingdoms in Sri Lanka which dates back to the 5th century B.C. Visit all the ruins of the kingdom and sites of special interest, including the sacred Sri Maha Bodiya and Isurumuniya Temples. This sacred city was established around a cutting from the ‘Tree of Enlightenment’, the Buddha’s fig tree, brought there in the 3rd century B.C. by Sanghamitta, the Buddhist founder ofBikhhuni Sangha(Order of Nuns). Anuradhapurawasa Ceylonese political and religious capital that flourished for 1,300 years and abandoned after an invasion in 993 AD. Hidden away in dense jungle for many years, the splendid site, with its palaces, monasteries and monuments, is now accessible once again. 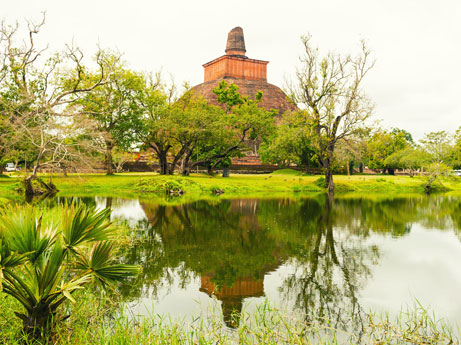 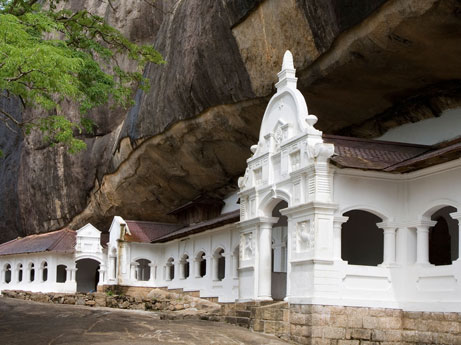 After breakfast, proceed to Mihintale.

Mihintale
Mihintale is regarded as the cradle of Buddhism in Sri Lanka. The mountain peak is home to many shrines and rock dwellings. The grand stairway (1,840 steps made out of granite slabs 4.5 metres wide) leads to the summit and its panoramic view of the surrounding countryside.

On the way to Habarana, visit Dambulla Cave Temple.

Dambulla
Dambulla is a massive, isolated rock formation 152 m high with a 1.6 km base. Here we find the famous Rock Temple dating to the 1st century BC. The caves of Dambulla sheltered King Walagamba during his 14-year exile from Anuradhapura. When he regained the throne he built the most magnificent of rock temples to be found on the island.

We proceed to Habarana for an overnight stay at a hotel in Habarana.

DAY 4
HABARANA / POLONNARUWA / HABARANA
After breakfast, enjoy an elephant ride in Habarana. Then proceed to Polonnaruwa, one of the main ancient kingdoms in Sri Lanka.

Polonnaruwa
Visit Polonnaruwa, a World Heritage Site and the second capital of Sri Lanka built in the 11th and 12th centuries AD. Here you can see the ruins of the Royal Palace, the Gal Viharaya with four splendid statues of the Buddha in ‘Upright’, ‘Sedentary’, and ‘Recumbent’ postures carved out of rock; the Audience Hall, the Lotus Bath, the statue of King Parakramabahu, and the Parakrama Samudraya—a lake built by King Parakramabahu the Great.

We proceed to Habarana for an overnight stay. 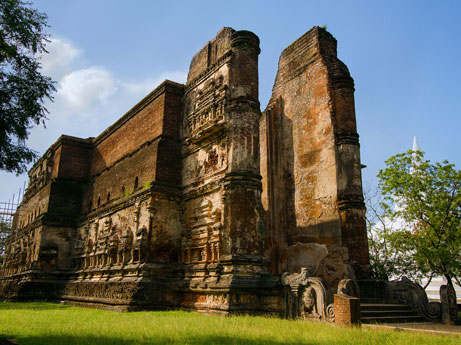 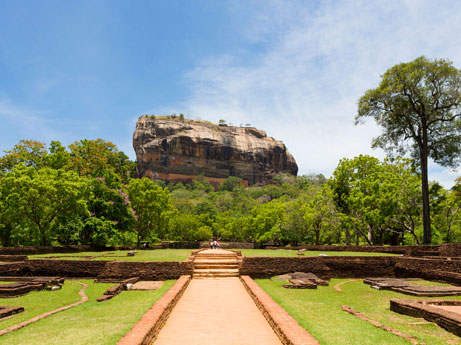 We proceed to Sigiriya Rock fortress after breakfast.

Sigiriya
Sigiriya (166 km from Colombo) is the magnificent 5th century A.D. rock fortress citadel of a fugitive king, where history merges with melodrama. A fresco gallery of shapely bejewelled maidens still glows with vibrant colour. These paintings are believed to depict the “Apsaras” or spirits and some say they represent lightning and clouds. Another distinctive feature of Sigiriya is the Mirror Wall, located just below the paintings. The well-polished surface is covered with writings in the form of poetry known as “Sigiri Graffiti”.The Lion Staircase leads to the summit and the special feature of this is the massive Lion Paw carved out of rock. The brick wall is still preserved in its original form. Under the Cultural Triangle Project, UNESCO has taken to Sigriya’s current excavation and, according to various sources, is most likely to be declared as a Wonder of the World.

We proceed to Matale and walk around bountiful spice gardens.
Visit a special garden in Matale to see Sri Lanka’s famous spices. Just 25 km from the hill capital of Kandy, the Matale spice gardens are among the best on the island. You will be introduced to different spices and shown how some of these spices are grown and processed.

Proceed to Kandy and check in to the hotel. Evening visit to the Temple of the Sacred Tooth Relic.

115 km from Colombo, Kandy is Sri Lanka’s scenic highland capital, and last barricade of the Sri Lankan kings against European conquest. Its 16-19th-century relics are the sanctuary of traditional culture, and the island’s most visited tourist destination.

Kandy’s main attraction is the Dalada Maligawa, the Temple of the Sacred Tooth Relic of the Buddha, brought to Sri Lanka in the 4th century AD. This sacred relic has since been symbol for its sovereign rulers and is always enshrined in great splendour . If you are visiting Kandy during July-August, the Esala Perahera is definitely a must see. Sometimes called “Asia’s grandest pageant”, this spectacular annual event is held to honour the Sacred Tooth Relic of the Buddha and to obtain blessings of the guardian deities of Sri Lanka.

In the evening take a city tour in Kandy and visit the Royal Botanical Gardens.

Royal Botanical Gardens
Six kilometres from Kandy, at Peradeniya, are the magnificent 57-hectare Royal Botanical Gardens. Landscaped in 1832, they are among the finest tropical flora gardens in the world: fine collections of orchids; aromatic spices; medicinal herbs; palms and rare, endangered plant species. 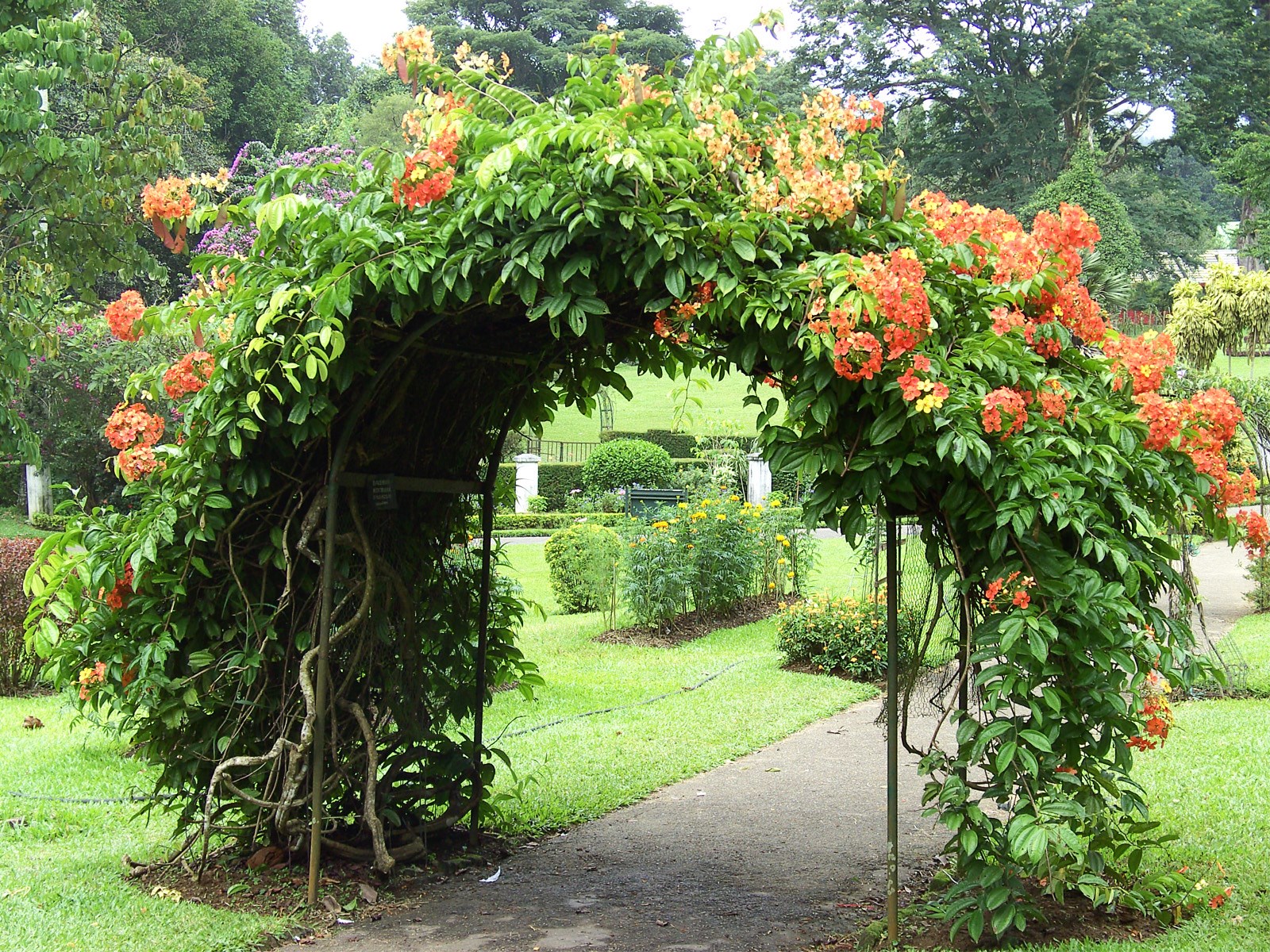 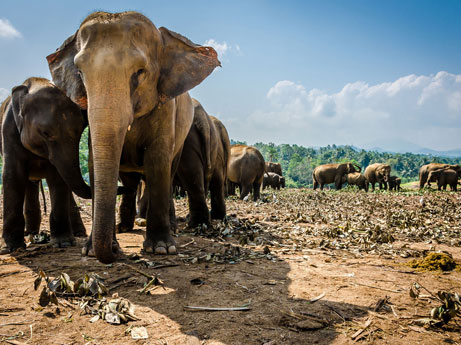 The Pinnawala Elephant Orphanage, Est. 1975, started with seven orphans. Today some of these orphans enjoy the fortune of seeing their grandchildren born in the same location. The original objective of establishing the orphanage inclined more towards tourism, but it soon became a conservation and educational centre. With the help of local and foreign elephant experts, Pinnawala started a scientific breeding programmefor elephants.

programmeCheck in to a hotel in Colombo.
Evening visit Kelaniya Temple and Gangarama Temple with Colombo city tour.

Colombo
Colombo is the commercial capital of Sri Lanka—the traditional gateway to the Orient.
With a population of over a million, distributed over fifteen zones, Colombo has three main zones, each of which has its own distinct character: Fort, the centre of metropolitan activity; Pettah the bustling bazaar area, and the old Cinnamon Gardens, now fashionably known as Colombo 7 with its spacious mansions and better residential areas.

After breakfast, proceed to the airport for the departure flight home. 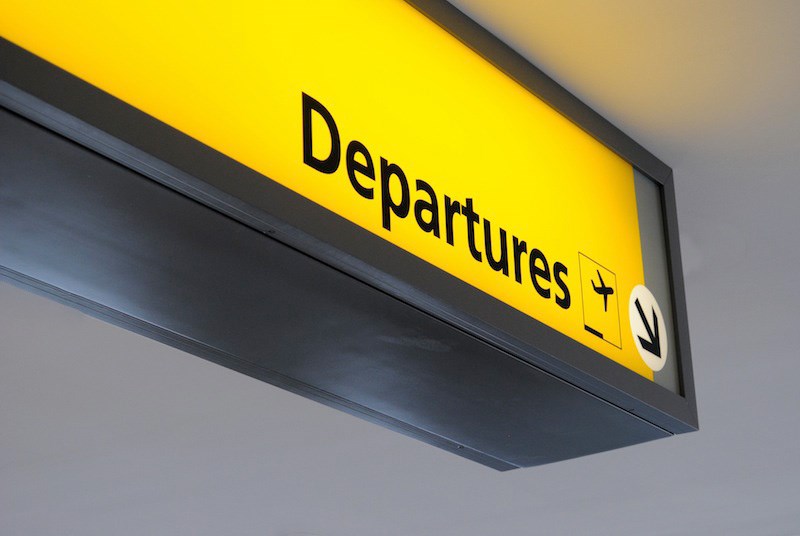